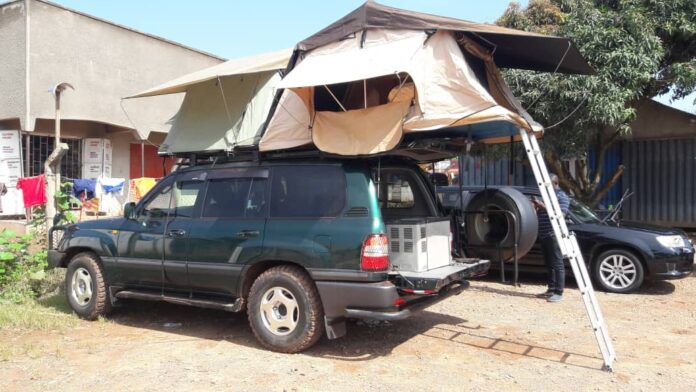 Self-driving in Arusha National Park is so awesome and this lovely little park has stunning scenery that is very different and considerably lusher than that of its northern neighbours. Glimpses of both Mt. Meru (which is part of the park) and Mt. Kilimanjaro are possible on clear days.

The wildlife watching is satisfying, with sightings of elephants, zebras, giraffes and dik-diks common. However, it cannot be compared with that in the other northern parks, and there are neither lions nor rhinos in Arusha Park.

One of the attractions is the black-and-white colobus monkey, which is frequently spotted here. Another highlight: the small Momella Lakes, which attract flamingos and other water birds. If you’re arriving at Kilimanjaro International Airport and have a few extra days at your disposal, I recommend Arusha Park as a convenient and enjoyable stop for a night or two before heading further afield for your main safari. There is a good range of accommodation in and around Usa River, the park access village.

Self- driving in Ngorongoro Crater

This is more than a crater. This world renowned extinct volcanic crater covers a simply enormous 260km sq. and is the largest intact volcanic caldera on the planet, but visitors don’t come here merely for the geology (although first views of this crater, from one of the viewpoints as you drive into the park, will leave you speechless) but for what has to be, alongside the nearby Serengeti, the greatest wildlife show in Africa.

The floor of the crater is a flat carpet of lush grasses and eternal pools of fresh water and this has attracted animals in their thousands including all of the Big Five. It’s been said before but driving down the tightly forested crater walls onto the floor of the crater itself really is like entering a lost world and while you’re driving around down here the animal action comes on pretty much non-stop.

It’s here, on the borders of the conservation area and the Serengeti National Park, that life begins in earnest. In the Olduvai Gorge half the history of ancient human-kind has been uncovered. Fossilized remains and stone tools from some of our earliest hominoid ancestors have been discovered littering the ground here and the gorge and surrounding areas can rightly claim to be one of the birthplaces of humanity.

Other births also take place close to here because this is the wildebeest calving grounds and every year between about January and March tens of thousands of wildebeest move into this region to give birth while a stream of predators take advantage of the seasonal glut of food. To see these calving grounds crowded with wildebeest is a spectacle that, in my opinion, even exceeds the action on the crater floor. Ngorongoro Conservation Area offers an almost unsurpassed combination of wildlife viewing, scenic beauty, adventurous walking and human interest.

If there was ever an African park that lives up to its storybook image, then the Serengeti is it. It is, of course, incredibly popular, and in peak times you can expect to share every major sighting with a handful 4×4 rooftop tent safari vehicles. Opt to enjoy the shared experience, head for a less-visited corner of the park, or take pleasure in seeking out some of the smaller species, particularly the park’s five types of monkey.

The great plains of the Serengeti are the quintessential safari landscape. There’s prolific predator action here, there several lions and leopards, cheetahs are easier to see in the south. But the Serengeti is probably best known for the Great Migration – the huge wildebeest herds that travel around the park following the rains throughout the year. The river crossings (around June to October) can be seen from the northern Serengeti or the Maasai Mara in Kenya; the Serengeti is slightly less crowded than the Mara.

Self- driving in Tarangire National Park

Named after the Tarangire River, which is a magnet for wildlife at the height of the dry season, this national park is well worth a visit. Tarangire is rightfully famous for its elephants especially the giant tuskers and impressive baobabs.

While elephant lovers should not miss an opportunity to visit Tarangire, it is in truth home to a wide diversity and large numbers of wildlife. Lion, leopard, cheetah and wild dog are all present in the park. On the herbivore side, large herds of zebra, wildebeest and buffalo are a common and enthralling sight, especially during the second half of the year when the lack of water draws them to the perennial river inside the park.

The park, which also boasts over 550 bird species more than enough to keep even the most discerning birders occupied from dawn to dusk. Easy road access makes the park accessible and means tourists can avoid the expensive charter flights or long drives required to reach most of the country’s other national parks, but on the downside the place can also become very busy – especially during the peak tourism months of July to September.

Lake Manyara’s geography is very different from Tanzania’s other parks it’s long and thin, sandwiched between the lake itself and the high cliffs of the Rift Valley. Manyara’s two best features are the appealingly ‘Lost World’ feeling of the towering cliffs and wheeling flocks of birds, and the beauty of the lake.

Game drive vehicles are allowed right down to the water’s edge, where you’re bound to see buffalo grazing in the emerald green swamp grass, and in season, impressively large flocks of flamingos and pelicans on the lake. The migratory flamingos are just one of over 300 bird species that frequent Lake Manyara and its varied habitats. But non – twitchers will probably place more emphasis on the park having four of the Big Five (no rhino), although you need some luck to spot a lazy leopard or lion lounging on the boughs of a big fig or mahogany tree.

Manyara is also famous for tree-climbing lions, but be warned – lions can be frustratingly hard to find here either in or out of the trees, especially if you just come in for one or two days. 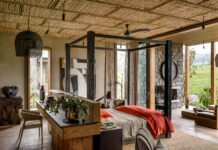 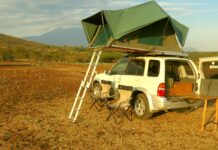