Uncover Tanzania with its natural wonders

Planning for unforgettable African photographic wildlife safari! Your planning safari route shouldn’t miss out to include the Republic of Tanzania. None other than your visit can tell you much about this tourist destiny, from Serengeti travel to Ngorongoro and the currently introduced new “Nyerere National Game Park” you will be spoilt up with the various wildlife species that Africa has to offer!

Explore Tanzania an East African country known for its vast wilderness areas. They include the plains of Serengeti National Park, a safari destination with the high population of the “big five” game (Elephant, Lion, Leopard, Buffalo, Rhino), and Kilimanjaro National Park, home to Africa’s highest mountain. Offshore lie the tropical islands of Zanzibar, with Arabic influences, and Mafia, with a marine park home to whale sharks and coral reefs.

Tanzania is all year round visited by the international and local tourists to experience the Great Wildebeest Migration that takes place between the Serengeti National Park, Tanzania and the Maasai Mara National Reserve of Kenya.

This event takes place every year and if you are wildlife or photographic enthusiastic you shouldn’t miss this festival. It always take place through the Mara River, animals crossing from Kenya to Tanzania and vice versa and most of the animals loose life to the wildlife aquatic reptiles like the Crocodiles.

Tanzania has got so many safari game parks and reserves that a tourist can visit and take the best African safari experience all year round. The most popular attractions and activities include the Serengeti, Ngorongoro, Nyerere (Selous) and Lake Manyara among others. 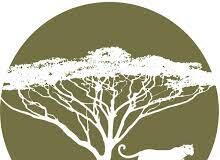