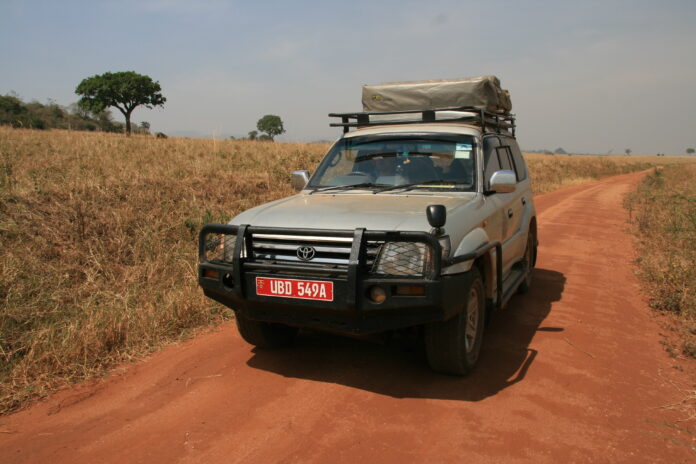 Let’s discover Tanzania on a self-drive safari in Serengeti National Park. Almost from the moment you enter the gates, wildlife surrounds you in astounding numbers and variety, together with an incomparable sense of space.

The headline event is the annual wildebeest migration, and being able to witness a part of this which takes both planning and luck is an unforgettable experience. The Serengeti is also known for its high density of predators, and the chance to watch lions and other cats which often are at very close range is another treat.

The whole Serengeti ecosystem covers around 30,000 sq. km, but that also includes the Masai Mara in neighbouring Kenya and surrounding lands that are not part of the National Park, although there are many private game concessions along its borders. The Park itself covers 14,763 sq km.

The name means ‘endless plains’ and it’s a pretty fair description. The great migration attracts hordes of wildlife-watchers that are topped in numbers only by the herds themselves. As with the wildebeest, the main points of the migration are the calving grounds of south and central Serengeti. I spent part of my visit exploring this legendary area. Since I’d visited the Serengeti several times though, I was keen to focus more on the northern sector this time.

During migration season herbivore populations explode as wildebeest and zebra arrive in their hundreds of thousands. The noise that accompanies the plodding herds, drawn forward by the promise of life-giving rain and fresh grazing, is indescribable. Lions and other predators trail behind the herds, picking off old, weak and sick animals with consummate ease. The migration is a spectacle on a scale that defies belief and should feature prominently on every safari wish-list.

Heading north from Seronera you pass through monotonous acacia woodlands but it’s worth it to arrive in the Lamai Wedge, the Serengeti’s remote top end on the Kenyan border, with its kopjes and cats and elephant herds. No wonder Myles Turner, the park’s legendary warden, loved this area above all others. But for me it’s the south that sums up the vastness of the Serengeti; an ocean of grass broken only by the beckoning shadows of distant kopjes – and a lion with his mane blowing in the wind.

Northern Serengeti, where the Mara River enters Tanzania from Kenya’s Masai Mara, was once considered off-limits as a poaching hot spot. Those days are over, however. A few exclusive camps have been established here. The pristine wilderness with soaring kopjes and dramatically craggy valleys contrasts with the classic Serengeti Savannah.

I spent four days watching the migration in full-swing with spectacular river-crossings every day and predators at every turn. I only saw ONE other safari vehicle in my entire trip. For sheer action-packed solitude I’d rate this area as potentially the most exciting up-and-coming wildlife location on our planet.

The down side to the Serengeti is its popularity. It’s quite common to get stuck in a four-wheel-drive traffic jam in the central Seronera area, the busiest part of the park. While the congestion destroys the wilderness vibe it does offer one significant benefit the wildlife here is well habituated to vehicles.

Generally, you can escape the worst of the crowds by visiting the west, where the Grumeti River is full of crocodiles and hippos, and the north, which has the most elephants. Seeing a single lioness strolling along a ridge in the distance without another car around was a more thrilling and satisfying experience for me than seeing a whole pride while in the company of a dozen other cars.

The best time to see predators is from June – October, to see the migration is from December-July. Although it’s a UNESCO World Heritage Site, the Serengeti is constantly under threat, from Maasai herdsman who eye up its grasslands for their cattle and most recently by the authorities who wanted to build a major thoroughfare across the park, cutting the migration route.

Balloon safaris are a popular add-on to the Serengeti experience and, in one of the most exciting recent developments in the safari world, walking safaris and bush camping are now allowed here, albeit on a limited scope.