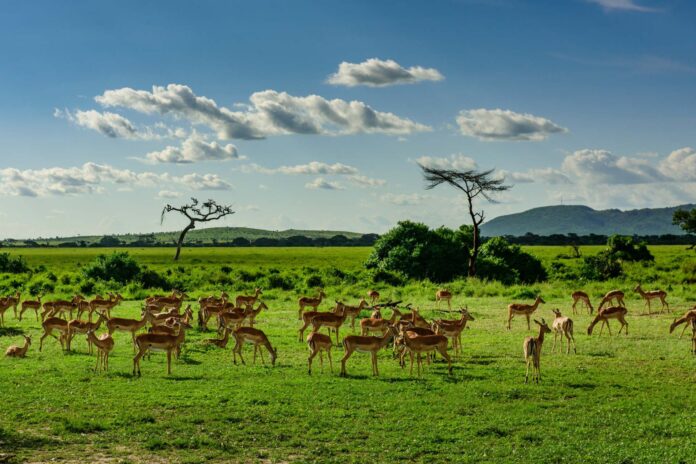 Every year, thousands of traveler’s flocks to Tanzania to experience its natural attractions such as Zanzibar, Mount Kilimanjaro, the Serengeti and the Ngorongoro Crater as well as Rwanda for gorillas in the volcanoes, chimpanzees in Nyungwe and many more.

Start your Luxury Tanzania Safari – 10 Day Tour and start with the Serengeti National Park that boasts one of the oldest eco – systems on the planet. Stretching for over 30,000 square kilometres, its home to a unique diversity of flora and fauna that is unavailable anywhere else on the globe.

The Serengeti is also home to nature’s greatest spectacle, the wildebeest migration. More than one million wildebeest, 400,000 Thomson’s gazelle, 300,000 zebra and 12,000 elands make the journey across the Serengeti Plains towards the Masai Mara National Reserve in an endless search for better food and water resources.

Be sure to visit the Ngorongoro Crater while you’re there. Formed approximately 2.5 million years ago, the crater is known to be the world’s largest intact caldera.

The Ngorongoro Crater is blessed with an abundance of wildlife. In fact, almost every animal species present in East Africa can be found here.

Then if you want to have an holiday at the shores of the water after the wildlife and primate safari experience think about the Zanzibar which is one of the world’s most idyllic beach destinations and there are a variety of all-inclusive Zanzibar packages. Situated in the Tanzanian archipelago just off the coast of East Africa, it offers sun-kissed beaches, brilliant sunshine, exotic Swahili dishes, friendly locals and a host of luxurious holiday resorts.

Since it’s close to the Equator, the weather in Zanzibar is warm throughout the year, which is perfect conditions for water sports activities.

Be sure to visit Stone Town – the cultural heart of Zanzibar which was built from the riches of the slave and spice trade. A UNESCO World Heritage Site, Stone Town is the only functioning historical town in East Africa.

Stone Town’s Beit-El-Ajaib or ‘House of Wonders’ is a must-see destination as well as the Darajani & Forodhani markets, which are traditional food markets with a carnival-like atmosphere. In fact, any market in Zanzibar is well worth visiting.

Spend the rest of the other seven days in Rwanda starting with Volcanoes National Park best known as the home of the rare mountain gorilla, the Virunga’s are that and so much more. Trekking through the park in far northwest Rwanda, one will find a tapestry of sensory delights.

The visitor in the rain forest can hear the calls of birds and monkeys, and through the forest see the peaks of the ancient volcanoes. In addition to the rain forest, the park offers evergreen and bamboo forest, grassland, swamp and heath.

One of the oldest rain forests in Africa, Nyungwe is rich in biodiversity and spectacularly beautiful. The mountainous region is teaming with wildlife, including a small population of chimpanzees as well as 12 other species of primate, including the L’Hoest’s monkey endemic to the Albertine Rift.

Primate tracking tops most visitor’s list, but it’s worth lingering a little longer for those with time to relax and take in the primal atmosphere.

Botanists will marvel at the 1,068 plant species and 140 orchids. The bird watching is among the best in Africa with 322 bird’s species including Red-collared Babbler and 29 other Albertine Rift Endemic species. Butterflies are also a common sight, with at least 120 species. 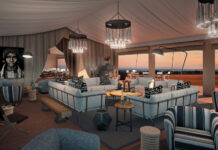